Cloaks and cold days are great for hiding bondage. I had a friend who really liked to be bound in public; we went to get take-aways a couple of times, with her arms in a box tie under the cloak, once in broad daylight.
Top

My ex took me for a walk in a straitjacket a few times. I had a fairly large jacket and the sleeves could be tucked into the pockets with some rolled up bubble wrap in them so they looked real. Then she had me put on a t-shirt and underwear (sometimes with a nappy, then the straitjacket and then trousers so the crotch straps were hidden, and the jacket over the top and zipped up. It was always dark cool weather when we did this so the jacket looked natural..

We'd get in her car and drive somewhere where we could walk around, and of course stop in places where she could tease me. After the first couple of times she made it more interesting by making me walk alone, like driving to a park, and pointing out the location, then driving a mile or two away, passing parkland and a few roads, sometimes busy and on one occasion passing a few shops, make me get out of the car (the first time I was reluctant so she produced a dog collar and leash) and tell me to meet her at the first location. (For safety she didn't simply drive to the destination but kept me almost always in sight, far enough away I couldn't be sure let alone catch up with her.)

I'd usually pass a few people on the way and of course I was sure they knew although there was no way they would. We always went places where the chances of meeting someone I knew was infinitesimal. On a couple of occasions she suggested we stop for a drink in a quiet pub garden but I was reluctant and she didn't insist although years later I wish she had. The last time she put a vibrator in my nappy but it stopped after a few minutes when the battery came loose, although again to this day I wish it had kept running and I'd had an orgasm or two on the walk. Sadly the outskirts of London are so much busier and better lit today than they were then that I couldn't see it being possible again without driving a long way out.
Top

ruru67 wrote: ↑17 May 2021, 00:32 Cloaks and cold days are great for hiding bondage. I had a friend who really liked to be bound in public; we went to get take-aways a couple of times, with her arms in a box tie under the cloak, once in broad daylight.

I've done something similar, never went for take-out but used a big winter coat to hide an otherwise nude and bound self.
https://www.deviantart.com/lylani
Top

I’m waiting desperately for a time where our child can have a sleepover and my wife can have guests again!

I love it when I’m chair tied in the walk in robe or pantry, tormented (you know what I mean), and in future, be just able to hear my wife and her friends nearby!

Thinking all the while, will I be caught (boner exposed), talked about, and well you can imagine the rest!

I’m normally hooded, gagged, and hooded again while inescapably tied, and my manhood exposed and teased!

I have a fetish for plastic. Took my ex and many years later after divorce a girl friend out wrapped tightly in cling film.
Top 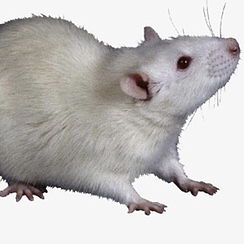 Go thru a drive-thru wearing a bondage collar or handcuffs. The worst you'll get in most places is a funny look. YouTube has numerous videos of people doing the drive-thru nude, having orgasms, flashing, you name it. This ain't your grandmother's century.
Hard steel on soft shin
Chains rattle as my limbs move
Free to live as me
Top
Post Reply
26 posts